What to do when your Twitter handle is already taken 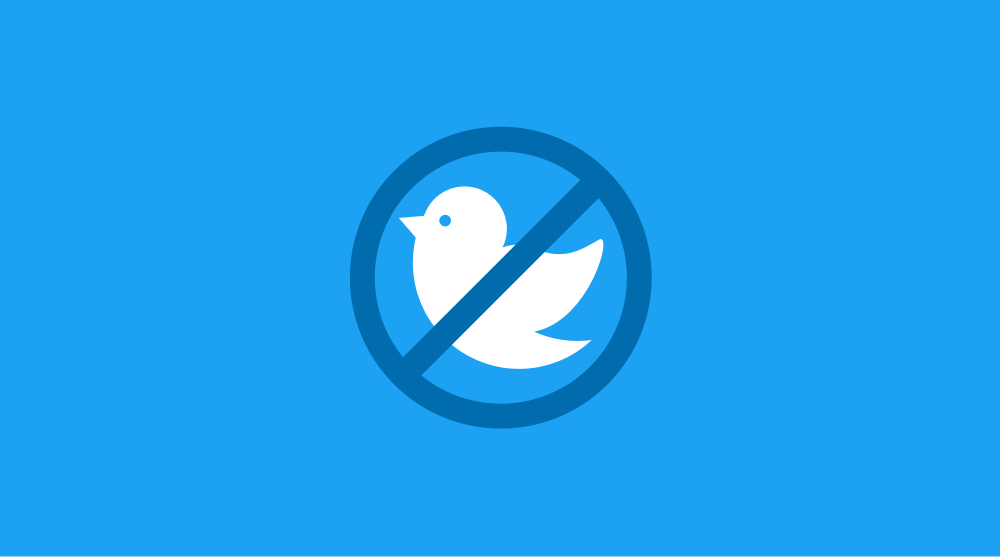 Nowadays almost every username on Twitter seems to be taken. Even Taylor Swift had to settle for @taylorswift13.

Let’s break down what to do about it.

How much does it matter?

JK Rowling may be a billionaire with 8.7 million followers but she still had to add an underscore to her name (@jk_rowling) because someone uses the original one. You may think that adding “real” in front of your Twitter handle sounds bad, but it worked for the former US President, @realDonaldTrump. Chipotle uses @ChipotleTweets, and they don’t seem to mind:

"It really isn't a big deal to us at this point, as we've got well over 600,000 Twitter followers, so people certainly don't seem to have any trouble finding us”

Before we look at options, it’s worth asking yourself how much does your perfect name matter? Increasingly your username won’t stop you from succeeding, as long as what you use instead isn’t really bad. If we look at what people actually do when they search for someone online, is that they don’t search for usernames anymore – they find users by directly searching for them: 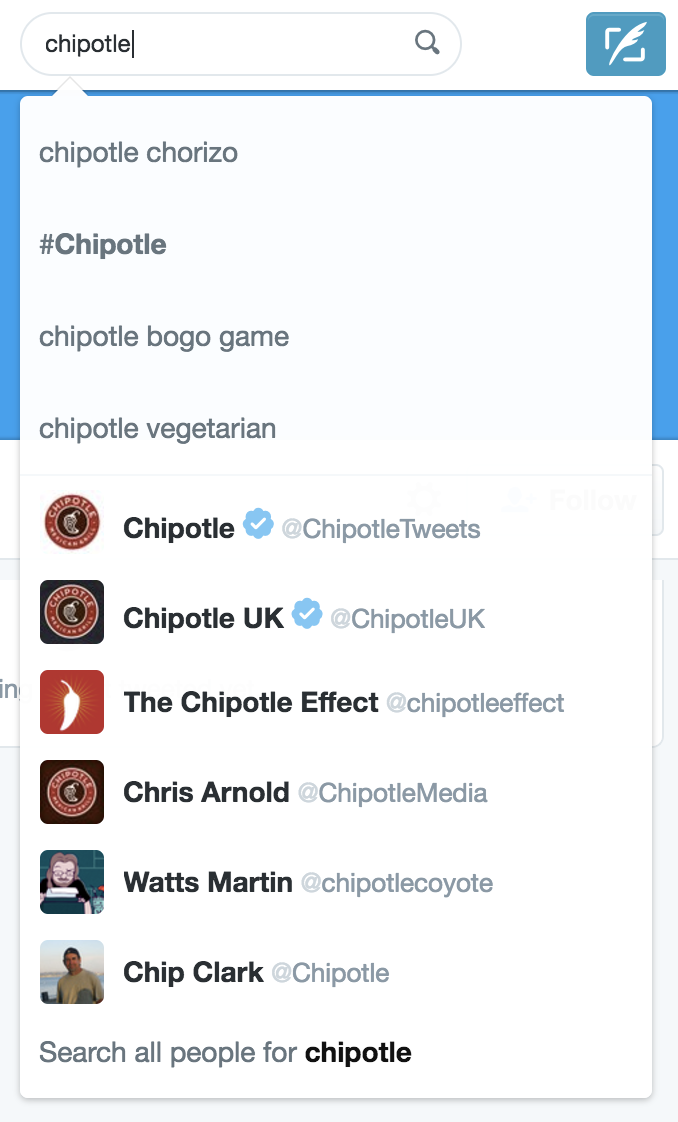 This isn't to say your perfect Twitter handle doesn't have value. Just don't think of it as essential for Twitter success.

If you’re going to invent an alternative Twitter handle, there are a wide range of tricks to consider:

Nothing forces you to use your full name.

Chop out letters, use abbreviations or shorter words.

Swap any of your names for initials, or add your middle initials.

For companies and products especially, ask people people to "try", "use", "get" or "ask". Or welcome them with "hello".

Companies can easily add "HQ" or - where appropriate - "Inc" to their name.

9. Spell out your domain

If you're all about your website, spell it out.

You can check whether a name is taken with a free tool like Namech_k.

Stick with pure letters. If you’re worried about legibility, use capital letters like ThisIfYouNeedTo.

Ask for the name you want

Sometimes the current owner of your ideal Twitter handle might be willing to give it away. It sounds unlikely. It does happen though:

You never know unless you try.

Twitter forbid the sale of accounts, but it does happen. You should know that if Twitter catches you buying an account, they could ban you from using it afterwards, so be careful.

There is a way around this “no selling” rule – used famously by CNN to acquire @cnnbrk: they hired the owner as a consultant on contract, and included the transfer of the handle as part of his services. It was sneaky, but worth it for what was then the fastest growing account on Twitter.

If you do decide to try and buy a handle, expect to barter. There isn’t a lot of information available on pricing, but to give some idea on premium names: 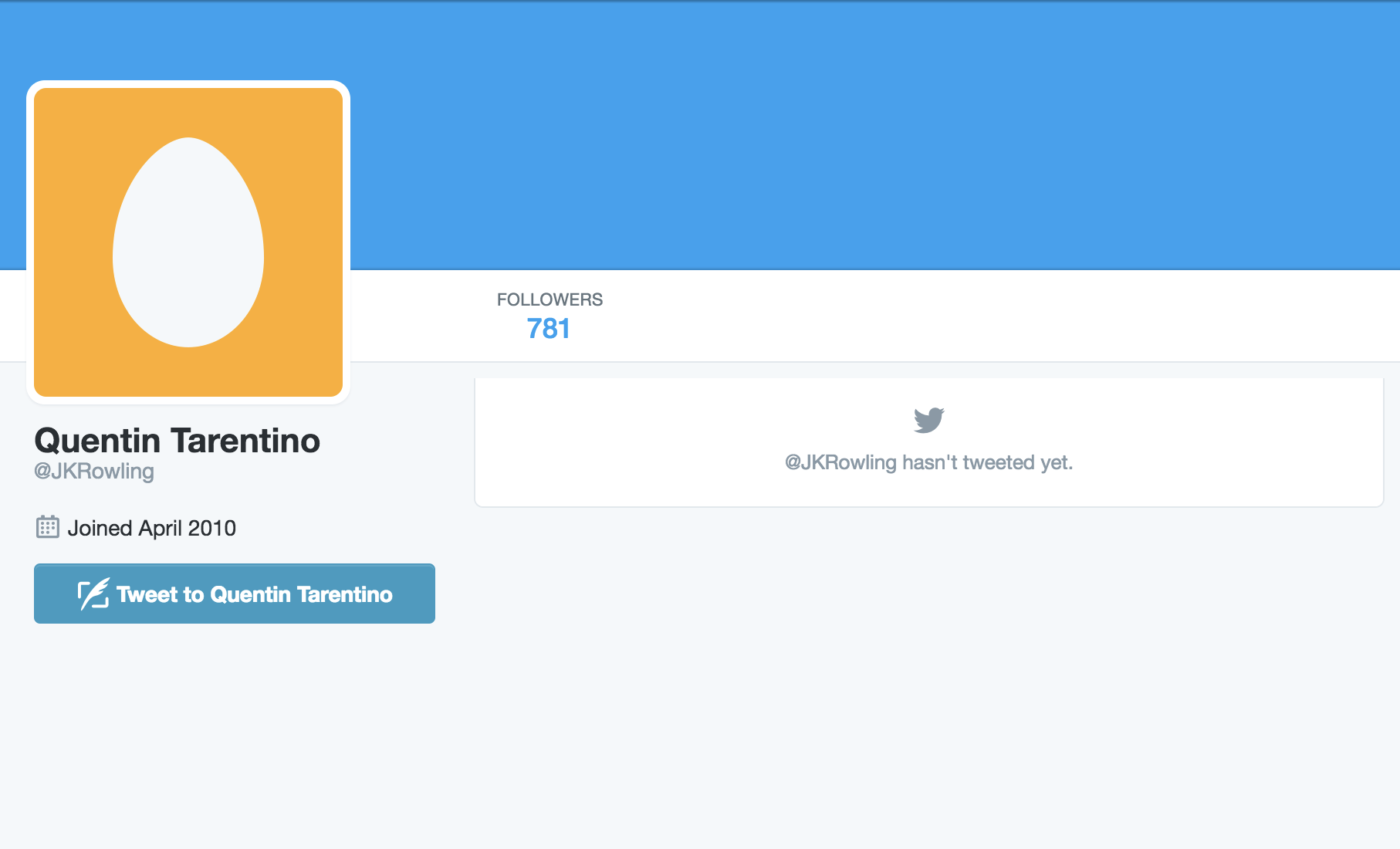 Even if you ask nicely, or even made an offer, it might get you nowhere.

If you can prove you own a trademark for the username, and that the current owner does not, then you can attempt to take the name from them. Some people have registered a trademark especially to get a Twitter handle, a process that may take some time, but is relatively cheap (around $250 for a US trademark application).

According to Twitter, Trademark violation means that an account is using a “company or business name, logo, or other trademark-protected materials in a manner that may mislead or confuse others with regard to its brand or business affiliation may be considered a trademark policy violation”.

Your case will be easiest if you have a US trademark. If the current owner has their own trademark for the same name, your claim won’t get you anywhere. For up-to-date details, see Twitter's trademark policy and fill in this infringement form.

Just kidding. Don’t do this.

But if you’re curious, read this true story of blackmail and deception by someone who did. (It didn’t work though: Twitter returned the stolen handle to the original owner).

Waiting for a handle to become available

Even if your ideal name isn’t available, there’s still a chance that one day it will be. The free service Handlescout monitors Twitter automatically, and will notify you if they become either free or inactive.

Twitter say that users who are inactive for 6 months or more may be deleted, but this is not currently the case. In 2011, Twitter said "We are currently working to release all inactive usernames in bulk, but we do not have a set time frame for when this will take place”, and it is still is not the case in 2016.

However, should that day ever come, you may be grateful that you were watching.

Brandpa specialise in inventing names for startups. Check out some of our ready-made startup names.