How to name your startup 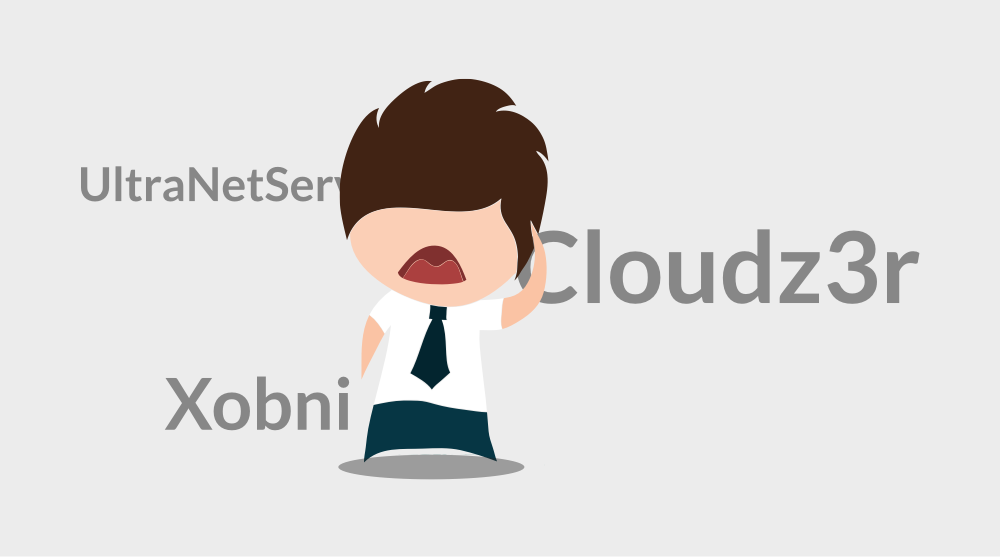 The best names go unnoticed. The worst names draw so much attention they undermine everything you do, like naming an actor “John Buttbutty”.

Startup names are very restrictive. "Republic Of Biscuits" could be a very successful store, but not a startup. A legal firm could be called "Kludgey, Smithe & Winkletit", but a startup could not. Using an acronym for a startup – like IBM, GSK or NASA – almost never happens.

As Paul Graham reminds us, there is a good reason for this: A startup is a company optimised for rapid growth. And so, successful startup names are optimised for supporting growth:

Because startups demand short names that they can use globally without worrying about lawsuits, they’re almost forced to invent new words or create combinations of them, like "YouTube" or "Facebook".

Unfortunately, most people are not very good at inventing names, but this guide is going to fix that.

How to invent new names that don't suck

First, you must invent a lot of names that do suck. Most will be useless, but a few will inspire and eventually lead to something good.

Start by writing down a target sentence containing your name that you want to be able to say aloud. Something like:

In the end, you’ll judge the success of your names by this statement.

Next, fill at least one page of paper with the first words and phrases that relate to your startup in any way, including::

We haven’t really started yet but even now, a few obvious names suggest themselves, like “HappySandwich” or “TastyFresh”. But to do better, we need a lot more words.

There are a lot of places to search online for inspiration:

We found ourselves doing this so much we made a free Name brainstorming tool to help. Type in a word, hit ‘search’, and explore ideas (click around to view more examples):

Let’s say you started your search with the word sandwich.

The thesaurus gives you better vocabulary to explore – for example, sub, hero, and toastie are more evocative and specific than sandwich. But among the book and movie titles we've also discovered ideas like Frankenstein, king and submarine which can lead to their own idea exploration. They could lead to anything from SandwichMonster to PlanetSandwich, for example. All of these get scribbled down on your pad.

We do this just to get us started with ideas. As you explore, use the following techniques to develop them into completely new words:

Here we simply add prefixes and suffixes to a word, like i-Pod or Optimize-ly. By doing this, we're changing a word everyone knows (delight) into a new grammatical form that makes sense, but doesn’t yet exist (delight-en).

For example, with sandwich:

Many prefixes and suffixes have become cliches (iWhatever), but they remain popular because they often work. Here’s a helpful list to get you started:

We can get more creative by blending words together that overlap, such as Pin + Interest = Pinterest, or Recycle and Economy = Reconomy. To do this, take one word you like, and pick a point where you could blend it into something else. For Sandwich I could choose wi (from wich) as it’s the second half of the word.

Now simply search for words starting with those specific letters, in this case wi. Here's some of what we get:

One interesting idea here already – Sandwish sounds like it could 'fulfil your wish for a sandwich'.

Of course, we can do the same with the first word, so:

Blending words like this is not easy but one of the best ways for creating words that sound good and people like. When someone is asked to judge a name, they often appreciate clever wordplay (Group + Coupon = Groupon).

This is how most names are invented. Simply picking random combinations of any words you discover will always get you something:

A fun trick you can do is to double a word, e.g.

Unfortunately it’s too easy to produce really bad names, especially by combining buzzwords + positive adjectives into cliche-mash like Ultranet, Cloudbot or Virtuabook. You will invent many more of the same.

A common trick (that often works) is to try mixing your ‘core’ words with lists of neutral but unrelated nouns, such as colours, elements, or animals (Yellowbook, Firebot, Cloudbadger).

If you look at the very best names — they don’t do this. They combine words core to their identity, and not just random words that sound cool. For example:

Note how these names all lock on to at least one word which isn’t obvious, but is related to their identity. Tube came from Cathode Ray Tube, the original old-fashioned name for a TV. Doing an idea exploration for TV would have given us Tube. Not taking the time to explore would have left YouTube an unattractive generic name like YourTV.

One of the easiest ways to create a new word is to chop the end off an existing one. For example:

If a word ends in a vowel, you can try swapping the vowel for another (consider 'y' a vowel):

Combining both these techniques is especially powerful:

Other, somewhat overused tricks include removing trailing vowels that don’t affect the pronunciation of a word:

You can also try doubling up letters, or swapping them for numbers:

Putting it all together

If you follow this process of exploring words, capping, blending fusing and mutating them, you should generate a huge number of ideas. Most of them will be bad, but from around 500 you should expect at least 10 to be worth consideration.

Now you need to figure out which to pick, by filtering for:

Perform some routine checks for each name you create. These are no substitute for a trademark search, but they only take 5 minutes:

You can get around a social account or a dot com with some creative naming, if you want. But really, the less something is used, the better.

Remember that trademarks are way more complicated than “is this word taken”? Often companies may sue someone just because their name sounds similar, so avoid calling your smartwatch company Bapple or iWatchy. However the opposite can be true as well: while the name McDonalds is taken, it might still be legal to use that name for a something completely unrelated to fast-food.

Without getting lawyers involved, the rule is to always avoid the name (in the same industry) that could be mistaken for someone else's.

There are some qualities that are desirable in a name. Consider the following when comparing your names’ worth:

Harder to assess, but the name should also sound right. Some words are more pleasant, professional, or playful than others. "Twitter" is nicer than "Chirrup", even if they mean the same thing. Pallaxium sounds professional, Jellypepper sounds playful. Judge accordingly.

Startup names have one other special consideration: their ambition. Most non-startups are best served with names that describe what they do, e.g. "Joe's Hamburgers". But if your ambitions extend to changing the world, you'll rarely want to be so descriptive. Consider hinting at what you do but don’t constrain yourself to it. "Sandwichly" might be a good name for delivering sandwiches, but it becomes a problem if that same company wants to deliver anything else.

Adding extra words after your name that cover things you might expect to expand into worked for Amazon ("Amazon Music"), Google ("Google Store") and Apple ("Apple TV"). It wouldn't work for Sandwichly ("Sandwichly Pizza").

The more people making a decision, the worse that decision will be.

The problem is, every single name, including some of the best names in history, can die at the hands of a committee. Imagine these iconic brands being considered for the first time:

New names are always hard to judge. That’s why it helps to go back to your opening sentence, and fill in the blanks:

Sandwichly brings sandwiches to your door – by drone!

Subdrop brings sandwiches to your door – by drone!

Sandwish brings sandwiches to your door – by drone!

Figure out the name that words for you in that gap. If you're not sure, think about adopting your favourite as a codename. This lets you experience it in use over time, and removes the pressure attached to a permanent decision. Good names feel natural with repeated use, and after a couple weeks, can become permanent.

But whatever you do, don’t surrender your final decision to a crowd, or you'll end up with the safest, blandest name you can find, and that is no name at all.

Brandpa sell domain names for startups. Check out some of our ready-to-use startup names.